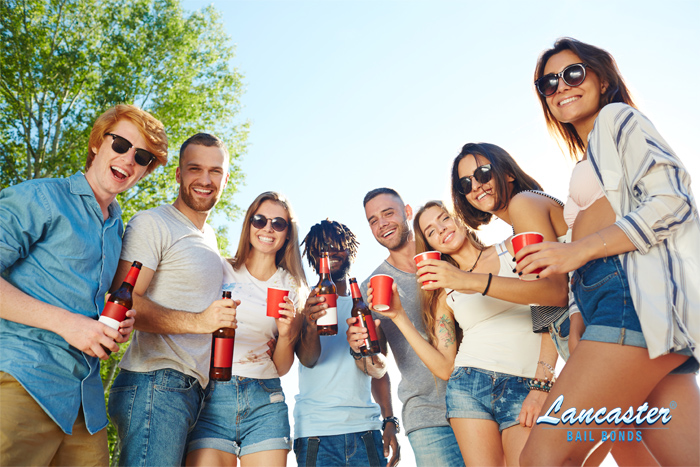 Teenagers like to do things that they feel make them more adult-like. They also like to experiment with things that make them feel wild and free. This combination prompts many minors to consume alcohol long before they reach their twenty-first birthday. Like most states, California has strict minor in possession laws that deal with the issue of minors and alcohol.

Legally, no one in California is allowed to drink alcohol until they are at least 21 years old. It’s a zero-tolerance policy. Not only are minors not allowed to drink alcohol, but they also aren’t allowed to be handling it. That means if the cops show up to a party anyone who has alcohol in their hands can be charged as a minor in possession. Many minors have also learned that consuming even just a few sips of beer at a party means they can be charged with minor in possession.

The good news about California’s minor in possession laws is that anyone who is convicted doesn’t have to worry about being sent to jail, provided that this is the only charge they’re dealing with. The sentence for a minor in possession charge is limited to community service and/or a fine.

The bad news is that a minor in possession charge is a misdemeanor which means that the conviction does become a permanent part of the individual’s record and could impact the rest of their life. The permanency of the record is why so many teens, especially those who are between the ages of 18 and 21 work hard to get the charges dropped.

Even if you’re not yet old enough to drive at the time of your MIP arrest, the conviction will still impact your driving ability. Once you are old enough to drive, the California DMV will block your ability to obtain your license for a full year.

When all is said and done, it’s best to ignore any alcohol that’s served at parties until you’ve turned 21. If you are at a party and there’s alcohol, keep your hands away from the bottles/cans/cups and leave as soon as possible.